osed to save us time. Computers are supposed to cut down on our paperwork. I admit I am a file hoarder. It is time to clean out my cell phone and clean up the files on my computer. I think creative types like me tend to clutter while creating. What fun is it to get rid of all those old files anyway?

Not only do I write but I love to create weird artwork on my computer. No one else might think it is any good. I don’t think it is any good, but it is relaxing to draw the way I feel on any given day. It is fun to try out all the new graphic programs. You never know when I might need one of them. Who wants to spend time pushing the delete button on the computer when a fabulous recipe or a friend are waiting online?

I recently watched a show about hoarders. My house doesn’t look like that, but if anyone looked at my computer they would see a hoarder. I don’t delete emails. I don’t clean up the old files. I was a computer repair person. You would think I would do what I told my clients to do but who has the time? That is a good excuse anyway.

The same goes with messages on my cell phone. You never know when you might need an old message. I know it’s time to delete when a friend recently got a message from me that was part of a message from over a year ago, and part of a message I texted the other evening. It was a very confusing message. I laughed when she showed it to me. I think she thought I possibly had tipped too many bottles of wine when I wrote it.

What about all those emails from all my email accounts? I so envy the people that I know that have everything perfect in folders. I want to be that person but I am always on to the next thing. Organizing emails isn’t as much fun as writing or painting or creatively making computer art that no one wants to look at.

I wasn’t an office organizer either when we had all that paperwork that we don’t have now because computers are going to save us time. The computer will only save us as much time if the person running it is organized.

I think the everyday details  of office work are too boring for creative minds. We work better in chaos. Who can find anything after we organize and have a place for everything? I can’t.

Someday when I am an old woman I will color the folders on my computer red.
I shall sit down and organize my pictures into purple boxes.
I shall empty the computer trash and trash the photos where I am doing something boring.
I will keep only those emails which lift me up and not take me down.
I will with the touch of a button hit the delete button on the boring so that in my old age I will only keep soaring.
But until then I will cherish my scattered mind, let the colors in my brain flow and let the creativity show.
My computer mess will wait, my kids can smash it when I am at heaven’s gate.
That sounds like a good solution to me, I’ll go on creating and be who I am meant to be.

Something About Nothing Column published in the Albert Lea Tribune on May 26, 2014

Every year I rack my brain when it comes to holiday columns. I always wonder what I could possibly say that I haven’t said before. Memorial Day weekend is here. Take time to remember those who fought to protect America, remember their families, etc., etc., etc. How many ways can I spin this and still be sincere?

The other evening I was watching the unveiling of the new 9/11 Memorial Museum. Firefighters, members of the military and public citizens marched into the museum carrying the giant American flag, which had been flying from a building beside the World Trade Center on Sept. 11, 2001. It had been damaged and found in the debris at Ground Zero. This flag was transferred into the museum to be part of a permanent collection in the museum. 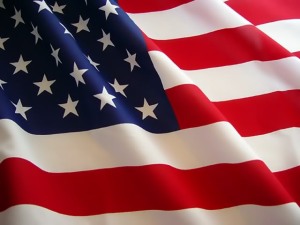 I remember the exact place I was in the grocery store when it was announced over the speaker that we were at war. It was a scary feeling. I remember the basketball game during the few days and the patriotism that people felt at what was happening. As I age we are fighting a war in Afghanistan.

Those are listings of the wars that get the most press. According to Wikipedia, between 1900 and the present the United States has been involved in some way or another in 42 wars.

On Sept. 11, 2001, the world as we knew it changed again. Watching the museum ceremony on television and the interviews with the people who actually lived 9/11 in person brought tears to my eyes. I remembered the way the world stopped for America that day.

I have to imagine that is the way my ancestors felt at the bombing of Pearl Harbor. Their world, too, changed that day.

I am 64 years old, and I realize there has been a war going on for most of my life. Hearing the casualties and the news about attacks and bombings has become a way of life that gets lost in our news because we are used to it. Soldiers’ injuries and mental health problems from long tours overseas is talked about and has become a daily conversation. Post-traumatic stress disorder has become a common term in our world. We go on with our lives, walk the streets with our neighbors and settle in to accept these things as an everyday way of life passing the issues off as normal news.

For those who live with injuries, death of loved ones and instability because of emotional issues, the normal news is their fact of life. They aren’t a passing story; they can’t take their issues for granted because they must live them day in and day out.

And we still are free to thank those who keep us free.

Something About Nothing by Julie Seedorf published in the Albert Lea Tribune and The Courier Sentinel week of May 19.

Mrs. Jerome Young who lives about six miles northeast of town in Freeborn County, died on Wednesday morning of last week of lung fever. The funeral services were held Friday. The deceased leaves a husband and four children to mourn her death. Mrs. Young was a fine woman and very active and progressive. Her death is a terrible blow to her family. This was in the Forum-Advocate, Tuesday, Sept. 5, 1907.

In the same paper was also this note exactly as it was written; run-on sentence and all: “Last Friday the Basket Ball girls were all at the depot and ready to go to Lake Crystal, the train was late so before it came Mr. Barnes received a telephone message telling the girls not to come on account of the rain. The game was postponed until Monday.”

The Forum Advocate was filled with news about what the residents of the community were doing, who they were visiting, whether they were traveling as is the case of E.O. Oren and Alex Enochson.

This little tidbit was their little news of the week: “E.O. Oren and Alex Enochson left Saturday Evening for New York on business. Mr. Oren had started a car of dressed poultry ahead and expected to reach the metropolis about the same time the freight did.”

Writing has changed since 1907. Newspapers have changed. If you look back in the archives of old newspapers across the decades you would see the change in the way the newspapers reported the news. Those newspapers might also give you a glimpse through their changes of the progression of changes in the way people live their lives. If you look back at the past, you may see the reason newspapers in 2014 must change it up another notch.

No longer do people want it reported in the newspaper when they are leaving town. It is not safe. The Internet has also changed those hometown tidbits. We already know what is happening in the lives of the people we care about because of the convenience of social media. Communities have gotten smaller and people’s worlds have gotten bigger.

We, in the southern Minnesota area are very fortunate to still have small town newspapers such as The Courier Sentinel, the New Richland Star-Eagle and the Wells Mirror to name a few. We are still fortunate enough to have bigger community’s newspapers still going strong, such as the Albert Lea Tribune.

As the small town newspapers struggle to stay successful in this competitive news world, they are making changes that occasionally upset their readers. Change is hard on everyone, but for small community newspapers, the changes must be made to stay in business. These newspapers must reach out to a broader reader base outside of their communities. Newspapers rely on advertising and with small communities there is not the broad business base there once was, so newspapers must appeal to those also outside their area in order to sell advertising.

Communities used to be sufficient within their borders. Our small towns had clothing stores, grocery stores, shoe stores, restaurants, lumberyards, car dealerships, churches and people to support these businesses. These businesses advertised and the local news was reported. Small towns were happening.

As much as we want our area newspapers to stay the same, if you look back through history there has been change in the newspapers formats and there has always been resistance to change. Life is change. Every single day when we open our eyes something about our life is going to be different.

Newspapers now have an online presence. They have a Facebook page. They need to keep up with social media to survive.

When I used to read my local paper when I was younger, the local stories pertained only to my hometown. It was a time when businesses were thriving, schools had double the kids we have now and life revolved around activities only in our community. I was content with that. As I look at what is happening now and the possibilities for our young people to learn more about people halfway across the continent, I think perhaps I missed out. There is so much good to learn from others stories.

That is my opinion. The next time you pick up your local paper and the stories reach out and are about others in other communities, you can thank the editor for expanding your world or … you can be upset because the paper isn’t about only your community or your interests.

The choice is yours. Does the community newspaper tradition grow into the future or will its obituary report its death?