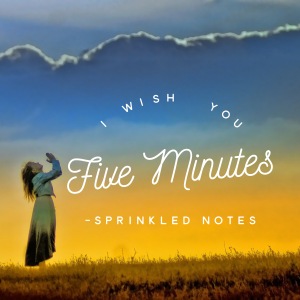 Now that I have caught you up on my past religious institution journey, let me explain how I got to this point from the beginning blog about priorities and time and anxiety.

It’s a Sunday in January 2019 as I write this. I went to church on Wednesday night because churches have changed to accommodate the busy schedule we all have today. Our priorities have changed. Schools do not make time for religion. Sports and activities do not make time for Sunday and religion. And my Facebook people on Slices of Life, along with me, are filled with anxiety and fear and we can’t find five minutes to take a breath, pray or read a chapter in a book. And that in itself makes us anxious.

All I have is my own journey to critique. I write books for a living and am semi-retired. I work from home and yet…I am stressed and anxious much more than I was in my younger years when I really had things to be stressed about. Still, I found time in those days to read a book and be involved in my religion.

But I also know now at this stage in my life I am questioning more. I am frustrated frequently with the dynamics of society. Maybe it is because I am older and I have time to think about it.

Some questions that come to mind are these:

Why would my mother marry someone she thought was going to hell because he wasn’t Catholic? Did she become more rigid as she got older?

Does it matter whether I am Catholic, Lutheran, Methodist etc. as long as I believe in God and worship Him in some way?

What is more important in a church? Is it the appearance of a building or a person or the outreach and teaching of love for one another?

I know I need a church family but I can no longer color inside the lines because I feel the joy being stifled. We live in a society now made up of all races and religions and we expect everyone to fit into one box rather than embracing what one can bring to the other. I think I have always felt that way but have conformed to societies expectations because I was taught that was what one did as a woman, as a wife, as a mother, as a church member, and as an American.

I wanted to be liked and accepted. I wanted to be included so I fit in. But now I want to be me with my wild ideas, with my wild imagination and with my not caring about what is on the outside but what is on the inside. I feel alone some of the time when I am in a group that makes me feel as if a change is not progress, and wants to hold on to what was no matter if it turns people away or stifles growth. I feel like an outsider when others scoff at my ideas because my ideas don’t conform to what society expects.

Part of my frustration probably is that I am a sum of all my parts. Each person has to find spiritually, that which draws them closer to what I call God or to their name for their higher power. It may be Catholic or Lutheran or Methodist or whatever religion speaks to their heart. But the sum of all my parts are a conglomeration of religions from my ancestors and I think I feel that because I want to raise my hands in praise and shout loudly with joy. I want to clap, yes clap my hands. That may be why committing to one denomination and their beliefs are so hard for me. I come from roots of many religious belief systems and I loved those people. How could those good,  loving people be bad because they chose to worship a different way than me? All I knew from them was love.

Taking five minutes with Max Lucado’s book or five minutes just to be in the moment has helped me accept me and know that my anxiety and fear might also come with trying to live in a world that is loud in judgment at those who are different, or when not agreeing with the norm or the popular opinion. All my life I may have blindly accepted or followed, without taking time to think it through or question why the spoons had to be so perfect in a church. Was I afraid if I revealed my true self I would be asked to leave?

Perhaps in our busy lives, we can’t find five minutes to read, to breathe, to be kind to someone or to take time for ourselves because we don’t want to face what we want to change in ourselves.

Those five minutes I take to read and refresh and pause, make me also realize I kept so busy because I didn’t want to take the time to face my life. I didn’t want to know me because maybe I didn’t like who I was, or maybe I was afraid to speak up because of the ridicule and repercussions.

My friend was right. I needed the forced time to confront my journey. It wasn’t easy. Life is hard. But looking at life and where we have been and where we are going is almost harder.

Right now my five minutes a day reading is a book called,  Catching Your Breath, the Sacred Journey from Chaos to Calm by Steve Austin. I have only made it to Chapter Two but this book is what prompted these few blog posts. He brought up many of the feelings I have wanted to articulate but have been afraid to. I can’t wait to read the rest, five minutes at a time. My journey is a work in progress and it will be for the rest of my life.

Thank you for reading and sticking with me during this diatribe. I wish you five minutes.

Something About Nothing by Julie Seedorf published in the Albert Lea Tribune week of September 28, 2015

Times have changed since I was young. Religion has taken a backseat to other worldly things in our priorities.

After attending church one Wednesday evening I pondered all the changes that have taken place in the way people worship since I grew up.

In the “olden days” it wasn’t an option to not go to church on Sundays. As kids we didn’t miss anything because the community I grew up in did not schedule sports or other activities during church time. It didn’t matter what religion you were, respect was shown to the religious community.

During my high school days we had what was called “release time,” which was time during the week we were allowed out of school for an hour  to go to our respective churches to learn more about God and our religion. We also had the option of staying in school and having a study hall. Most opted for the religion and I admit sometimes it was just to get out of school, and occasionally we headed for a different church than ours because they were doing something more interesting such as addressing the “sex” topic which wasn’t discussed much in those days — and our parents expected us to attend release time. In fact, I think you had to have a signed note to stay in school and in study hall, but I’m not sure about that because occasionally the memory is weak.

Wednesday evenings were set aside for churches, and there were no activities scheduled in school during these evenings so as to not interfere with the churches. This was called respect.

While raising my kids, church came first and activities came second on the days we had church plans. At that time the conflict was setting in with other activities, but most parents made the choice for their kids that church attendance came first.

I realized when reading a blog by a friend how easy we had it as parents in my day when deciding what was happening for our children on Sunday mornings. Did they always want to attend church or church activities, absolutely not, but they went because as parents that was our priority. Now there is so much pressure put on parents on what to prioritize in their life.

I share with permission this blog post by Kristin Lotthammer, CFM coordinator at Zion Lutheran Church in Buffalo, Minnesota. She shares her personal story of the pull of other activities on her church and family life.

Last fall, I had registered my son to play fall lacrosse. When I received the game schedule, I was crushed. Almost all the game times fell right during Sunday morning worship times. At that moment, I had to step back and think … priorities. What really matters to my family, my child? He loves playing lacrosse. How could I tell him he couldn’t play on the team because I was going to prioritize church first? Values, morals, values, morals … kept running through my mind and heart. So, I had a talk with my husband and son. We were all in agreement, God comes first!

I emailed the coach and the lacrosse organization and told them I needed to pull my son from the team. I gave the simple reason that church is still No. 1 in our home, and game times on Sunday mornings were not going to work for us. Guess what, I wasn’t the only parent out there with the concern that sports are creeping into our Sunday mornings way too often! Not long after my email was sent, there was a change. A lot of the game times had been changed to Sunday afternoons. Wow, I thought! What a great organization! They listened and cared!

All we have to do is kindly speak up and sometimes that will help.

I challenge you and your family this year to think about priorities and what really matters in your home. Our children are watching and learning from what we do.

Kirsten’s column moved me by her courage to stand up for what she believed in. I am not sure I would have been able to do that in today’s world. If kids miss a game or practice for church they are penalized, so of course parents don’t want their kids to feel the pressure of their choices.

We live in a diverse world, and I feel we should respect each other’s values and religious beliefs. I would imagine all religions have this problem when it comes to choices for their children.

Churches have changed the way they are teaching the younger generation because the priorities of parents have changed. Many churches now offer alternative times for worship to accommodate sports and school activities. I still wonder why it still shouldn’t be the other way around. And let’s be honest, extracurricular sports and activities are important, but how many kids actually will be the next famous athlete or star?

I don’t know the right answer. All I know is that things have changed and I am thankful I didn’t have to make the choices parents have to make today. I do know I am grateful my parents made the choices they did when it came to my faith, because when I struggle or am joyful it is where I turn through thick or thin. I don’t know where I would be if that would not have been my parents priority.