Sprinkled Notes published in the Albert Lea Tribune and the Courier Sentinel the week of September 17, 2018 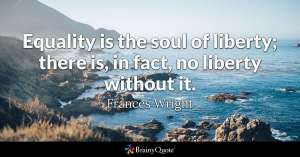 Alex Haley stated, “When you start about family and lineage and ancestry, you are talking about every person on earth.” Alex Haley was an American writer and the author of the 1976 book “Roots.”

Recent events in the news in southern Minnesota have caused me to ponder my ancestry.

My Grandma Julia immigrated to America in the late 1800s. She came from Poland when she was 18 or 19 years old. She did not have a job lined up for her — at least that I know of —  and entered the United States through Ellis Island.

How she made it to Minnesota and to later meet my Polish grandfather, I do not know. I do know he was quite a bit older than she. They settled on a small farm on what was then the edge of Wells. She raised six children. My Grandmother Julia never spoke a word of English. I do not know why Grandma Julia did not learn the English language.

My grandfather died in 1934. In 1934 my mother was 26 years old. She had two older brothers and three younger brothers. My non-English speaking grandmother was left alone in a country where she couldn’t speak their language. Her children had to help support her.

It wasn’t popular to be a polish immigrant back in the early 1900s. They had to form their own communities because they were not well accepted and they were called some not-so-nice names.

My mom, dad and I lived with my grandmother until I was in sixth grade. I never questioned it. It was just my normal life. And I didn’t question the fact that I couldn’t understand a word my grandmother spoke. I never knew what my mom and uncles were saying to my grandmother. And no one offered to teach me the language, and I didn’t pick up much of what they were saying except by their facial expressions. All of my uncles and my mom spoke English fluently because they grew up here but they also knew their native language. My dad also lived in that household and never knew a word of Polish.

When my Polish-speaking family met other Polish-speaking people, they reverted to the Polish language when speaking. Because I was used to it, it never bothered me. I actually never thought much about it at all until I got older.

One day in my middle adult years as I was working as an office manager, some non-English speaking people came in for help. Only one could speak English — at least that is what I guessed since they were the one doing the speaking, and then would translate to the others. I felt uncomfortable. The reason I felt uncomfortable was that I wasn’t sure if they were talking about me or making fun of the advice I gave. There was no reason to think that, but it was my own insecurity making those feelings comes to pass. And part of me felt fear because I was treading in an unknown situation.

I remember back in the ’60s visiting my family in California. When we were out and about there were many people living there that were not speaking English. They were all around us. My family wasn’t concerned and took it to be their normal.

Residents of many other countries learn many different languages, and they are fluent in more than one. How many of us can claim that? When many of us Americans are tourists and visit other countries many times we do not speak their language so it should come as no surprise that tourists from other countries can’t speak ours. However, many do.

After I thought about my family and read about the comments being made because of an incident with a southern Minnesota police officer — and I am in no way defending or commenting on his actions right or wrong — I concluded as much as our country has progressed in many things we are still experiencing the same things my family was experiencing back in the early 1900s when it comes to immigrants.

My immigrant Polish grandmother that could never speak English raised six children who went on to become carpenters owning their own construction businesses, including working for movie stars and building government projects, a school teacher and business owner, an owner of a locksmith business, a McDonnell Douglas employee building aircrafts and a farmer. From those offspring came two doctors, an accountant being a partner in one of the largest accounting firms in the country and more. Not too bad for the roots coming from a non-English speaking Polish Immigrant.

My point is that in the early 1900s people did not accept those Polish immigrants because they were different from what was perceived as being right in America. I felt comfortable with my non-English speaking family because their language was normal for me. I felt uncomfortable in my adult years by people who spoke a different language that I did not understand, which was outside my normal world, but those people, too, were immigrants. It was my fear of the unknown that was making me uncomfortable.

My grandmother became naturalized at some point but not until later in her life, and she still raised honest, hard-working, good citizens in her children even if she was not a citizen. The process to become an American citizen was much different back then.

I don’t know what the answer is. I only know I would not be here if it were not for my immigrant non-English speaking grandmother and grandfather. So why are we afraid? I’m not sure. Are you?