SOMETHING ABOUT NOTHING
by Julie Seedorf  published in the Albert Lea Tribune May 16, 2017 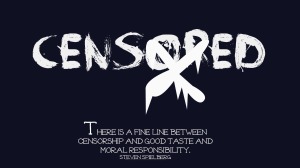 I am at a crossroads in my life when it comes to opinions. I am always very careful to not cause controversy. I don’t want to deal with it. I don’t want to offend. I don’t want people to dislike me. I never used to be this careful. I used to speak without thinking and go off on a tangent. And I became tired of fighting for a cause or being at odds with the majority. It was easier to be silent and be fluffy than to speak out.

This week I felt the tangent starting again when I observed something I felt was wrong. I felt the tweaks of the tangent months ago somewhere else, where I felt I couldn’t support decisions being made and I chose to walk away instead of continuing to cause strife with what I felt was a losing battle. I was the minority in thought so I must be wrong. I walked away not because I was a quitter, but because I felt I would cause problems if I kept voicing my opinion because I felt strongly about an issue and it would hurt the good things that were happening.
Someone that I respect recently sent me a note that said, “Writers can change the world.” I felt the pull to write more than fluff. I felt the pull to actually have an opinion. And usually I try and be fair when I state that opinion.

This week — and it was not the Albert Lea Tribune where my column appears— I had a column turned down because I wrote my opinion on something I observed. I also let someone else read it before submitting it, and since I mentioned my books and used the fictional community of Fuchsia as an analogy — this person felt I should not promote my books in my columns even though the intention was an example but they were not upset about the content of the column. That was strike two, and I scratched the column.

They might have been right, and they might have stopped me from making a big mistake in my career. So I am a crossroads in my writing career. I have to ask myself when I write a column or a blog if what I write will makes things better for anyone. Will it make someone question their life or question what is happening in their communities and their world? Will someone pause and make an informed decision? Will something change in the way things are done for the better because of my words? And, because my viewpoint is different from the majority will it be perceived as whining or valid?

I do not know if what I wrote was out of line. I don’t think it was, but I will defer to those who thought perhaps I went too far and let it go for the sake of not upsetting anyone. But, yet, in a way I feel censored. It was my opinion independent of who was publishing it. Yet it would have had repercussions because that is small town politics. I respect them for protecting their business.

Now I am not sure anything I wrote in that column and my opinion was anything but venting about what I observed. You can be sure I will ask myself that the next time I have something with which I have a concern — am I venting or am I making a valid point?

I suspect each and every one of us reads something every day online or in the newspapers that is someone’s opinion about something. We can choose to agree with it or disagree with it. While you are reading the opinion, do a little research to see if what the writer is expressing is valid or a rant, no matter if it is a respected columnist. Is there enough criteria to back up the opinion?

Or does the columnist have a vendetta against the subject?

I want to make a difference whether I write seriously or whether my words turn into lightness and fluff, but I want to do it responsibly. Having my column turned down was perhaps a good intervention if it indeed was a rant. I will put it away for a few days and then take it out and read it and ponder whether it will see the light of day. If I feel it does have merit — well then perhaps I will post it on my blog where everyone will know it is my opinion only.

“The greatest deception men suffer is from their own opinions.” — Leonardo Da Vinci